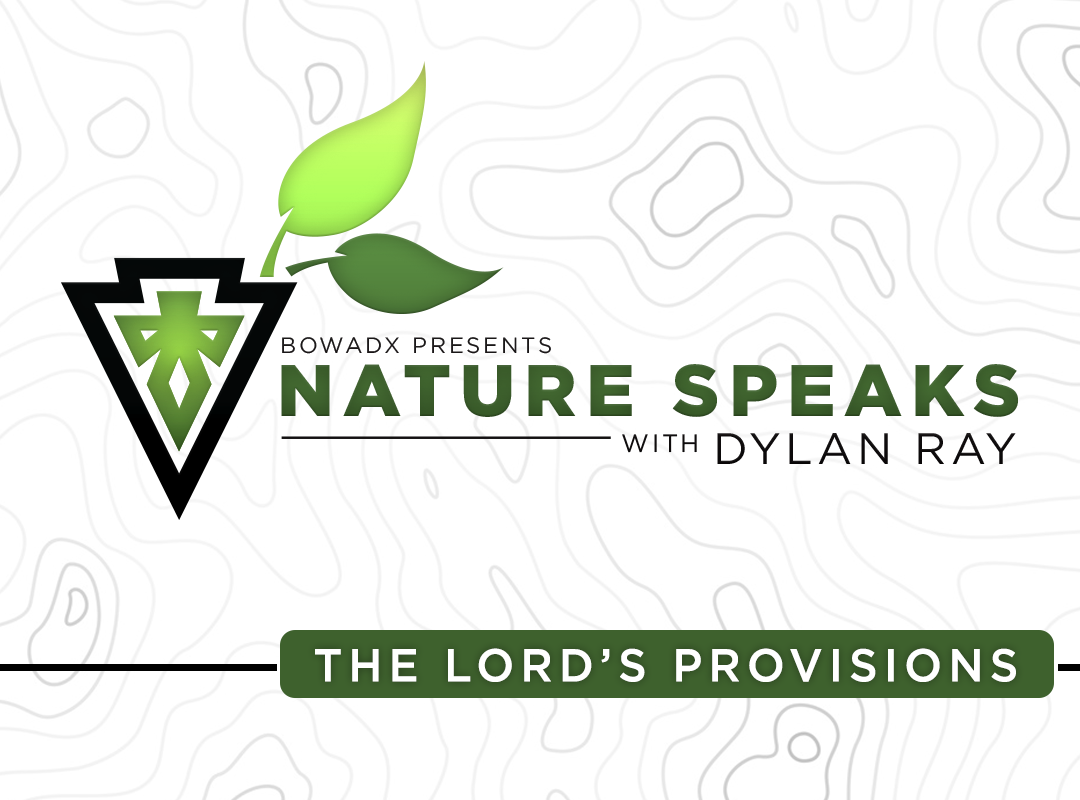 Philippians 4:19 “And my God shall supply all your need according to His riches in glory by Christ Jesus.”

I recently took my annual pre rut hunting trip to Elk River Outfitters in Moline, KS. My camera man rolls into town, we hop in my truck, and we hit the road. A little back story on my camera man, Drew was tagging along, and had never had the pleasure of hunting in Kansas. Although I wish it was the heat of the rut so he could get in on some of that action, I knew we would have a great week non the less. 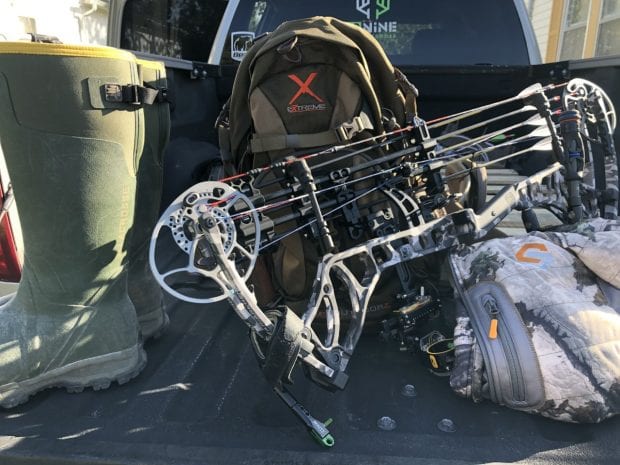 The first morning we sat we had about 30 turkeys come off the roost right in front of our blind. Our new goal…shoot a buck, and then double up on a couple of turkeys. All three days of the hunt we had turkeys, but deer were hanging around too. Not wanting to shoot the turkeys and spook off the deer that were hanging out in the food plot, we knew we would have to harvest a deer, and then switch our attention to turkey. My prayer became…Lord let me harvest a buck, and then have the pleasure of chasing birds with Drew, as I could tell how excited Drew was to get a deer shot on camera, he was even more excited to shoot a couple of turkeys. 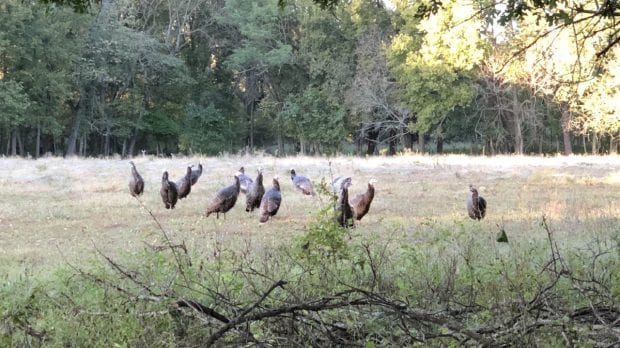 Last evening hunt of the trip, we started to have some younger bucks roll into the set. The first buck rolled into about 15 yards, and while Drew had never hunted out of the state of Arkansas, this deer was a GIANT to him. I quickly explained that while he does have a huge body, and a beautiful, very symmetrical rack, he was not the kind of deer we are after. He moved out to about 90 yards while feeding, and in the mean time two other bucks about the exact same size roll into our set. With the first buck seeing those deer, he works back in. As we watch the deer for about 15 minutes feeding out in front of us, I tell Drew, put the camera on the one in the middle. The buck that had originally came in and got the pass, wasn’t getting another one.

The Kuma 30 at full draw, the pin right behind the front shoulder, the trigger squeeze, and 100 yards later, a dead deer. After having gotten the deer out and back to the hunt house, our focus quickly turns to getting a double on couple fall long beards the next morning. While we didn’t make the double happen that following morning, I took away some big lessons from this hunt. 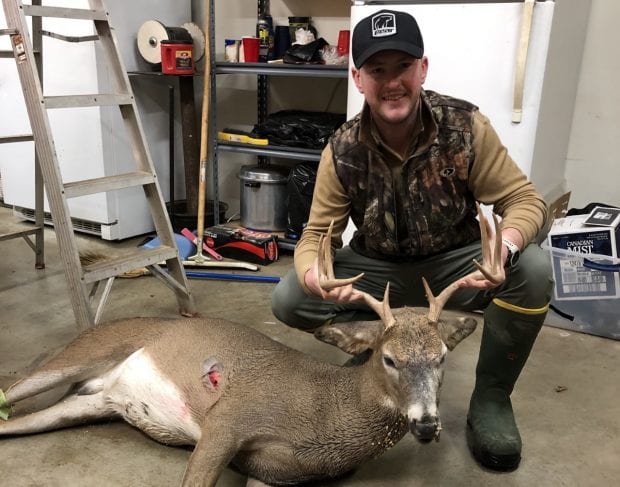 I asked the Lord to provide a deer for me to harvest, but when He did I snarled my nose and thought he wasn’t big enough, old enough, or mature enough. When the deer came back, I wasn’t going to let him walk again. You see, sometimes when we ask the Lord to provide, we need to accept His provisions, even if He doesn’t provide in the way we think He should, or the way we expected Him to. The Lord provided exactly what I had asked Him to provide, and I need to take His provisions and be grateful for them. So, yes I harvested a smaller deer, a younger buck, a deer that wouldn’t be considered a giant, but I couldn’t be happier. We pray for healing of a sickness, then if the Lord decides to bring that person home, we act as though the Lord didn’t provide healing, while in all reality, He brought the ultimate healing. We pray for more money, but when the Lord provides a new job we turn it down because it isn’t the job we wanted.

Just remember, when you ask the Lord to provide, accept His provisions, even if they don’t look the way you thought they would.