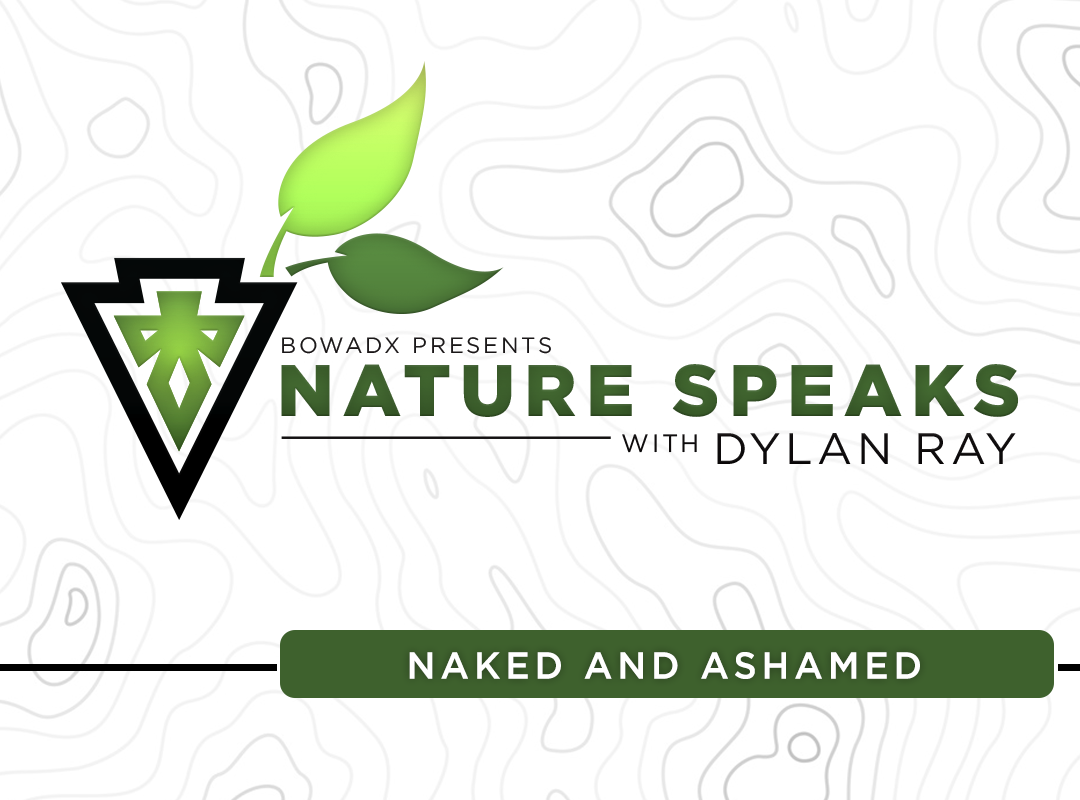 Posted at 14:49h in Blog by Chad Davis
4 Likes
NAKED AND ASHAMED
By: Dylan Ray
Sitka, Realtree, First Lite, Mossy Oak, Kuiu, Kings, and hundreds of others…everyone has an opinion of whats the best and why, of course unless they say Mossy Oak those people would be wrong. See what I mean? We all love our camo and we all think that what wear is the best. Why? Well, because as hunters going undetected and unnoticed is vital, so we have put time and effort into figuring out what pattern we think to be the best. We study the region we hunt in, their primary colors, we take into consideration the shades and shadows, and the techniques we will be using to hunt while wearing that gear. We don’t want anyone, or anything to see us, know we exist in the woods, to be able to silhouette us, or catch a glimpse of our movement, so camouflage plays a huge role in our hunt.
When was camo developed? When did we first start using it? Who invited blending into their surroundings to go unnoticed? Through all of my study of camouflage, what works and why, I thought it was funny that I had never stumbled across who invited it, or where the concept came from. It wasn’t until recently when I was studying for a sermon that I was going to preach that I came across that answer, and believe it or not, it was much earlier than most of us would imagine.
Genesis 3:7-8 “Then the eyes of both of them were opened, and they knew they were naked; and they sewed fig leaves together and made themselves coverings. And they heard the sound of the Lord God walking in the garden in the cool of the day, and Adam and his wife hid themselves from the presence of the Lord God among the trees of the garden.”
A little back story if you’re confused on what has happened up until this point. Adam and Eve existed in perfect harmony with God in The Garden of Eden. No separation from God, no sin, no imperfection, and no idea of sin. God had given Adam and Eve complete freedom in The Garden except for one rule, DO NOT EAT OF THE FRUIT FROM THE TREE OF KNOWLEDGE OF GOOD AND EVIL. Now, with the freedom to go anywhere and do anything with the exception of one rule, you would think it would be easy to obey and follow that one simple rule. But, just like all of us, people want what they can’t have, and the devil (the serpent) had a different agenda, and a plan to cause Adam and Eve to fall from the grace of God. Satan convinced Eve to take the fruit and eat it, who then caused Adam to take of it as well. Men, take notice, women cause you to do stupid stuff. Now, a lot of things take place at the moment of the fall of man, Adam and Eve had sinned, they had fallen from the grace of God, there was now separation from their Creator, and they were aware of their sins, and the wickedness that existed all around them. They now were made aware of the fact that they were both naked, and they were ashamed of the sin that existed inside of them.
We as hunters understand the need, the want, and the necessity of blending in to our surroundings, but one problem that most, if not all people face in their lives at some point is trying to blend in spiritually. Now, when Adam and Eve had first become aware of their sin, God wasn’t even in their presence, but yet they were still hiding. So, at this point in the story they were hiding who they were from each other. We hide who we really are from our peers. We don’t want people to know who we really are. We do the right things, we go to the right places, we say the right words, we drink the right drinks, we wear the right cloths, we sing the right songs, sit in the right places at church, carry our Bibles, and sing the songs. We want people to think that spiritually we are all good, but we are broken and hurt down deep, ashamed of who we really are. We think that when people find out what we really struggle with, or what we really look like on the inside then they won’t accept us, they will look down on us, or they will not want to be around us. I think it is very interesting that Adam and Eve are trying to cover up and hide who they really are from each other but yet they are struggling with the exact same sin. They are sinners hiding from sinners. We want to hide from our peers who we really are, but yet the peers we are trying to hide those things from are struggling with the exact same sin. I want to hide those anger issues from my co-workers, but they are dealing with the same issues. Just a thought, but what if we were to come forward and share those sins with our peers, the others
around us would begin to realize that they aren’t alone in their battles, and neither are we. We all have those struggles, and we all have those issues, we aren’t alone, but we are broken individuals hiding our brokenness from other broken individuals. We have become masters of putting on “camouflage” in our every day life. 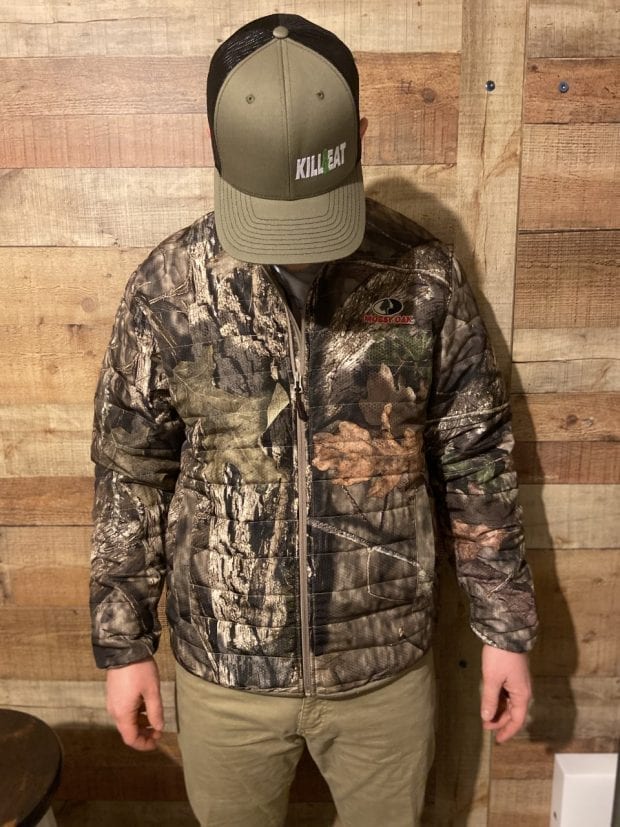 We can fool our peers. We can trick our co-workers, our spouses, our friends, our bosses, and even our…pastors! Yep, even our pastors. We can have anyone and everyone believing that we are okay, that we have it all together, and that we don’t struggle with those things that the others around us struggle with. But there is one major problem that both Adam and Eve have, and that we have, we cannot hide who we really are from God. No amount of camouflage can ever keep us from being fully known by God. Tithing doesn’t make God think we are better than we really are. Going to church doesn’t fool God into thinking we are better than we really are. Watching the right movies, listening to the right music, and hanging out with the right people doesn’t make God think we have it all together. No matter what kind of camouflage we put on and cover up things on the outside, God sees right to who really are, to our brokenness, our struggles.
We give up just a little bit. We will put the “easy” things out there on the line to hopefully appease our peers and God into letting them know who we really are. We will give up the lying, cheating, stealing, cussing, music, and lust. We will give up the things that we are okay with our peers knowing, the things that don’t actually define us, or make us who we really are. We think we can give God just enough to make Him happy, or to think we have given it all. We take off the outer layer of camouflage and let people and God in slightly into the things we struggle with. 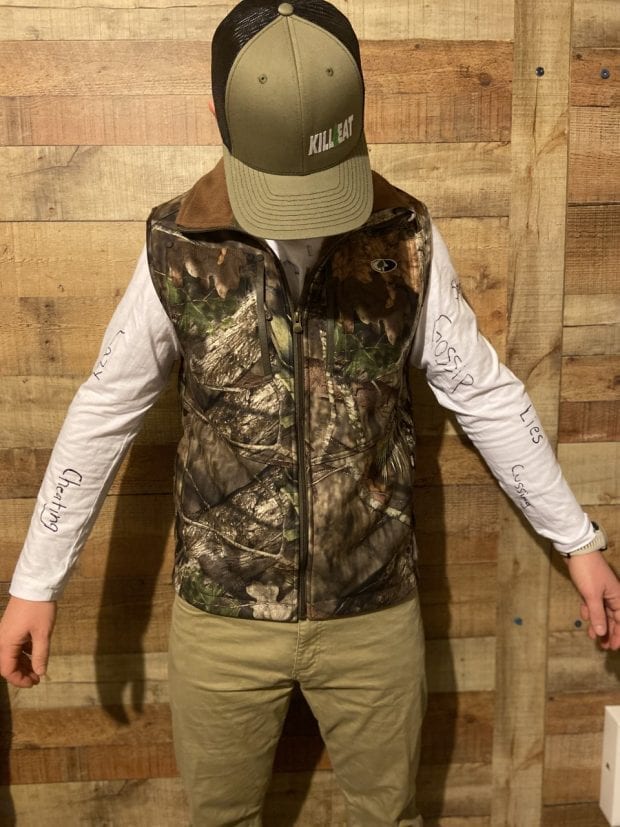 The core though, the core is all the important parts. They are the parts that keep us alive, that drive us, that make us who we are, that define us, and we must protect the core at all cost. No matter what, we are never wiling to let our guard down on our core.This is the area of our life that we cannot turn over. These are the things that make us who we are. These are the things that have become a part of us. These are the things that we could never imagine a day without. These are the hard sins. The sexual immorality, the pride, and the anger.
God comes to Adam and Eve in The Garden, calling out to them, seeking them out, wanting them. God knew that they had failed, God knew that they had taken the fruit and eaten it, but yet He still came to them. I don’t think it is a coincidence that the moment after the fall of man, God comes looking for them. He knew that they had fallen, but yet He still wanted them. We are so desperately afraid that if God knew who we really are, then He wouldn’t want us anymore, He would be disgusted by us, and ashamed by what we had become. If we ever truly want a relationship with Christ, then there has to be full surrender. We have to stand before Him in our nakedness giving Him everything, turning over all we are, and all we have to Him. This sounds terrifying to us, because as carnal minded men, we can’t understand that someone could really love us for who we are, excepting all the sins, the mistakes, the guilt, and the shame. No more camouflage, no more trying to cover up and hide who we are. We need to come clean to an all sufficient Savior, turning over all that we are to Him, asking Him for forgiveness, admitting we are broken, hurt, and in need of saving. I can promise you this, there is complete freedom in coming to Christ and laying down your life before Him, giving Him your all, letting Him give you freedom from your sins. Take off the camouflage, give Him your all, and experience what it is like to have a real relationship with an all powerful, all sufficient, all mighty God. 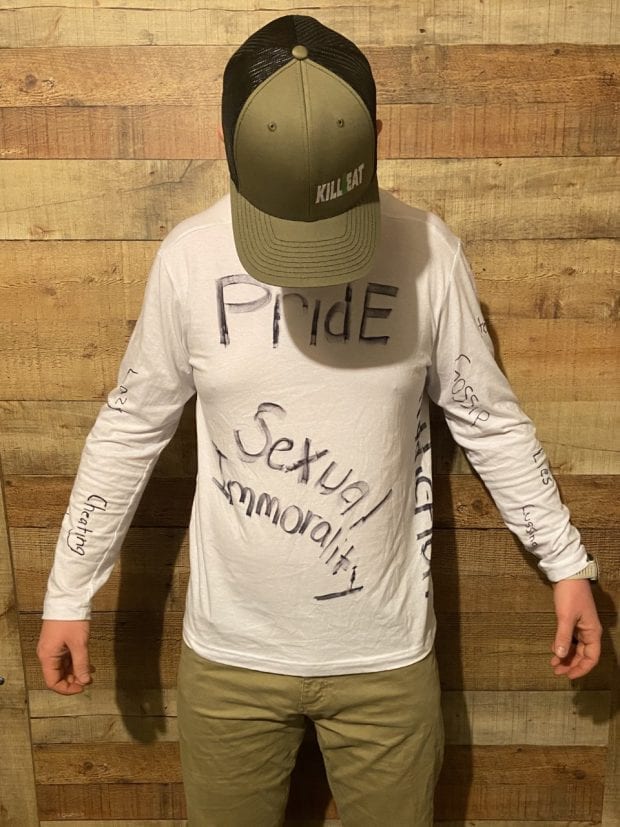