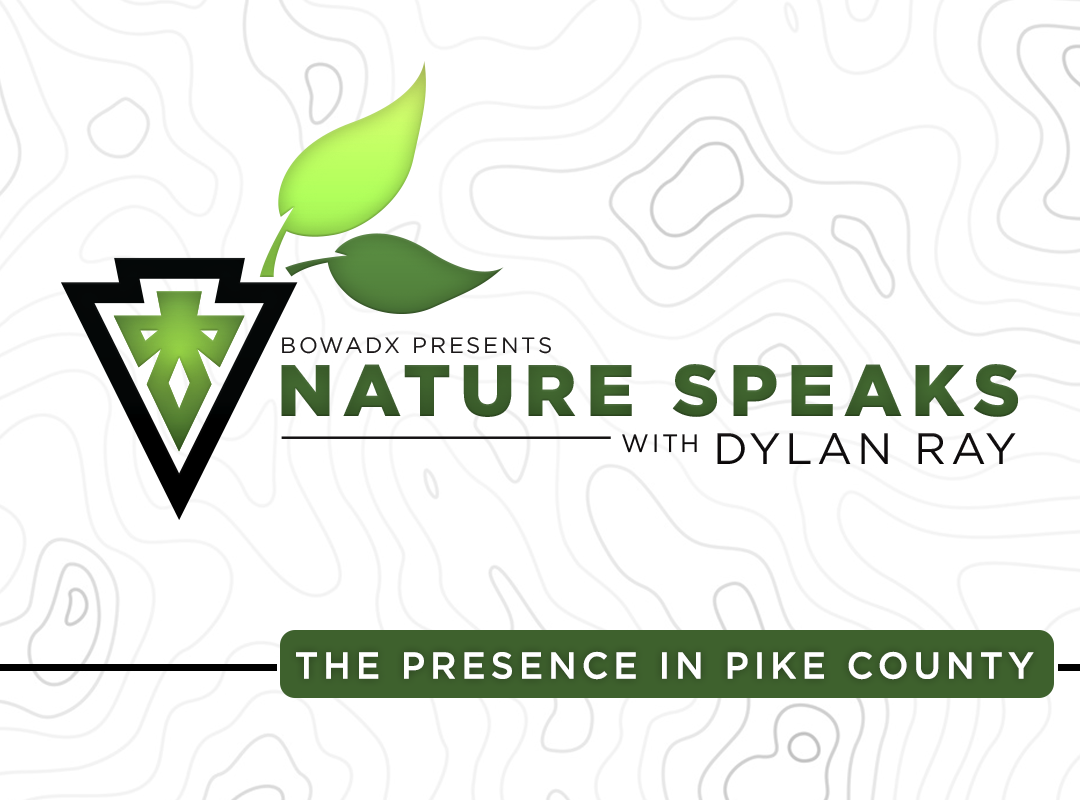 01 Dec THE PRESENCE IN PIKE COUNTY

Posted at 18:48h in Blog by Chad Davis
1 Like
Pike County, Illinois…a place that strikes excitement in deer hunters all across the country. A place known for producing the “Booners” that we a dream of, Pike County is sought out by many, but recently one of my good friends, Jake Meyer, from Mossy Oak was about to make the dream of hunting this legendary county a reality. Jake was going to be hunting with some of his good friends, Jeff and David Lindsey from The Lindsey Way. Plans are made, tags are bought, the hunt date is approaching quickly, and Jake is just itching to get there and lay eyes on some of those monsters he’s been dreaming of.
Let me stop, before we get to the hunt. The week before Jake is suppose to leave to go on this hunt, he gets one of those phone calls…one of those phone calls that none of us want to receive, a phone call that seems to stop everything that is going on around us. Jake’s wife had lost her grandfather. Hearing Jake talk about Jim, you could tell he was a good man, a friendly man, one that Jake and his wife were both close to. Jake was given the job of sharing Jim’s eulogy, and he shared with me one of the stories that he told. “When he had came to visit us at our home in Mississippi, a month before passing away, we got to talking about all the states that he had been to. I asked him, “Jim you’ve been to 42 states in the United States, if you could go to any of them again, which one would you go to and why?” He said, “I would go to Minnesota because the fishing was good and the beer was cold.”” Jake begins to talk through how he thought choosing Minnesota was interesting. “Out of all of the states that make up this incredible nation, I thought it interesting that he chose Minnesota” Jake said. Through all of this, Jim had left several belongings behind to his daughter, Jake’s mother-in-law, and she wanted Jake to have Jim’s tackle box, something that Jim no doubt held in high regards.
So fast forward a week later, Jake has arrived in Pike County, Illinois to not only hunt the legendary county, but to hunt alongside some of the greats, the Lindsey’s. Most of us know them from The Lindsey Way on The Sportsman Channel, but to Jake they are, “Not only phenomenal hunters, and great guys, but they have become good friends, and some of Mossy Oaks best partners”. Jake was out shooting his bow, making sure everything was still set and ready to go, but needing a knife to open some broad heads, he reached in the back of his pick- up, and went to that old tackle box. “It was one of those old Plano tackle boxes that when you pull the tray out, there was a stack of 2 or 3 other trays underneath it was full of hooks and sinkers. I see underneath it all a little pamphlet that I knew had to be a fishing license. I opened it up and it was a Minnesota fishing license from the year of 1998” Jake had shared with me. He was telling me how connected this moment made him feel to not only Jim, after having shared that story during his eulogy, but to the Lord. “I just felt God’s presence, and I felt it very strong. I told Jeff this entire story of everything that had happened leading up to this first sit, and I told him that one of us was going to kill tonight, I just knew it.”

“So I’m set up, over Mossy Oak BioLogic food plot that had just been torn up, and I could tell this plot was a favorite among these deer. It wasn’t long before some deer start rolling into the food plot. The parade continues with several smaller bucks making their way into the plot as well. With 12-15 deer now in the field, all of the sudden every deer looks in one direction.” Jake is telling me the story of this hunt, and you can almost picture every deer in that field coming to a halt, and standing at attention as dominancy entered the field, and every other deer knew that. Jakes eyes locked onto the area along with all of the deer, waiting to be able to catch a glimpse of this giant that has gotten all of their attention. “Then I see him, just this big ole’ buck. A buck that just has this presence about him, as every big, mature buck does.” After putting on a show for Jake, pushing some does around, thrashing from scrapes, grunting at several different does and younger bucks, and even letting out a buck roar. “All of the sudden I hear some noise to my left and out steps a 2 and half year old and a 3 and a half year old stepping out at about 50 yards from me, and they did it, they caught the attention of that Illinois brute that had been hung up, and wouldn’t come in”, Jake tells me as you can tell he starts to get excited. That buck ended up coming right in over to those other two bucks, and he covered a lot of ground quickly. He gets to two younger deer and he is kind of just smelling them, and posturing to them, as he shows them his dominance.
“I get a quick range on him of 44 yards, and he perfectly broad side as he goes to eat”, Jake tells me. “I visualize the shot that I want to take, and I quickly but consciously say a prayer and I said “Lord let this shot be clean, and all that I ask of me is that I focus on aiming where I want to hit, and just let the shot go off,”” Jake tells me. Jake moves on to tell me how the pin settled on this deers vitals, and they settled there calmer than he has ever experienced while aiming at a live animal. Jake tells me, “That arrow just smoked that deer, exactly where I was aiming. Hearing the confirming “THWAK” that we all want to hear, and seeing the deer fall at about 90 yards. I knew it was perfect, and it had all come together”. As the evening fades Jeff and David show up, “We are all giving high fives and celebrating, they are so happy for me, and I am so grateful for them”. 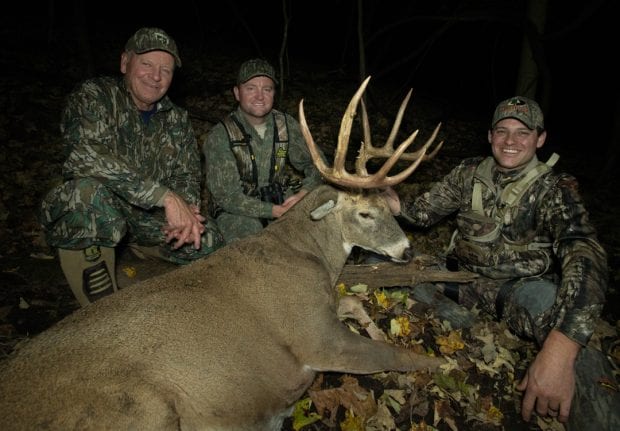 “The presence that I felt from God that night was overwhelming. A common mistake that Christian’s make is thinking God is only present in our successes or our victories. It really had nothing to do with killing that deer, I just felt God’s presence very strong that night, from the scenery, to the movement, but just the sentimental story that I shared about my wife’s grandfather and finding that fishing license. It was just a surreal moment as a Christian and being connected to God.” Me and Jake spend several minutes talking about the presence of God, and how we seem to miss it a lot as Christians. We seem to have this idea that God isn’t present except for in the moments that He blesses us. We think when God shows up, it is to bless us. If we have a personal relationship with God as our personal savior, He is always present, in every moment, in our successes and in our failures, in the moments leading up to our success, and the time following. Don’t miss it. Don’t miss the presence of God. Don’t ignore it. Let Nature Speak, let Him speak to you through His creation, learn from the hunt, and learn from the journey of getting there. 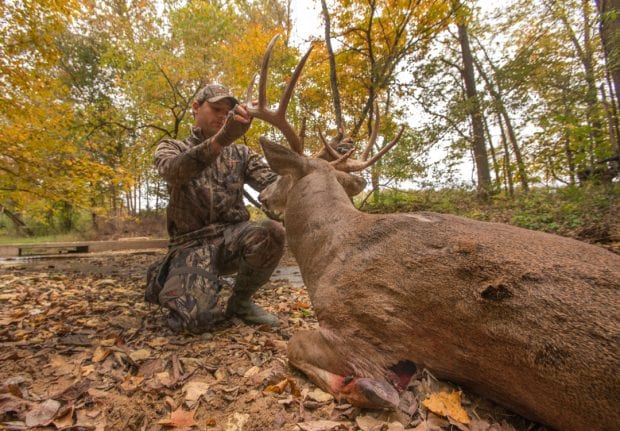